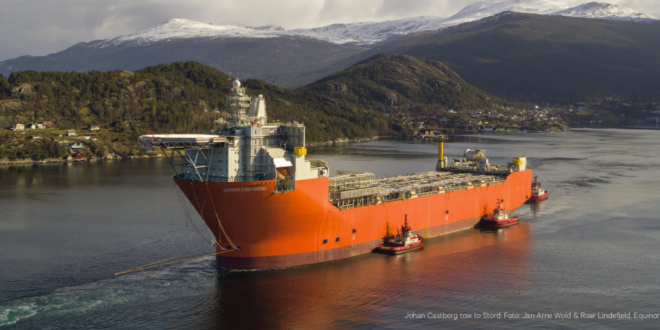 Petoro delivered NOK 186 billion to the state in 2021.This is the best result in Petoro’s 20-year history and an increase of 215% compared with 2020. „It’s fantastic to be able to provide an amount like this for the Norwegian welfare state, but I’m also reflecting on how this isn’t good for those who depend on buying our energy,“ says CEO Kristin Kragseth.

The record-high cash flow in 2021 also comes at a price – the high price of our products. Gas prices have been exceptionally high, particularly in the last half of 2021. The oil price has also rallied considerably after a period of historic lows, including a brief period of time in 2020 where it was even negative. In the 4th quarter alone, Petoro delivered NOK 88 billion in cash flow from the SDFI portfolio.

„This record-breaking result also comes as we are in the midst of a geopolitical crisis, where Russia’s invasion in Ukraine creates fear and uncertainty,“ Kragseth says. „This is a very serious development, and such an assault creates great suffering for those affected. The result could be one of the largest humanitarian disasters in Europe in several decades.“

Russia is also a major exporter of oil and gas, much of which goes to Europe with Ukraine as an important transit country. This conflict could lead to lower economic growth and even higher energy prices. „Norway has an important role to play as a reliable and safe supplier of oil and gas to Europe, both today and for years to come,“ says Kragseth.

Activity has been high on the Norwegian shelf throughout 2021. One of the reasons for this is the financial incentives the Parliament introduced to secure activity for the supplier industry during the pandemic. Several development decisions were made in 2021 and more will be made this year. Petoro has never had this many projects in its portfolio to mature toward an investment decision. „Operators and partners bear a great responsibility to ensure that all projects that come up for decision have been thoroughly prepared,“ Kragseth says, and goes on to emphasise that Petoro has a special responsibility with its vast portfolio.

The Martin Linge field, which started up in 2021, was an important milestone for Petoro. The field is electrified and a good example of how we will contribute to reach the objectives to cut emissions from the Norwegian shelf. At the same time, the electricity crisis has led many to call for slowing down the electrification of the shelf. „We believe the electrification must continue, because it’s our most important tool to cut emissions. Everyone needs to walk the talk,“ Kragseth says. Electrification contributes to emission-free production of gas. This gas could be the backbone in the production of other emission-free energy carriers, such as hydrogen and ammonia. „Norway will be producing gas for many decades to come. Gas will be an important contribution in the green transition,“ Kragseth concludes.

HSE results
There were a total of 22 serious incidents in the SDFI portfolio in 2021, which results in a serious incident frequency of 0.7. This represents an improvement from 0.9 in 2020. Falling objects continue to dominate the range of incidents in raw numbers. The personal injury frequency was 3.8, which is at about the same level as 2020. Petoro always puts safety first, and this approach is clearly communicated through the company’s expectations for HSE management and HSE culture in the licences.

Financial results
Net cash flow to the state from the SDFI at year-end amounted to NOK 186 billion, 127 billion higher than last year. The increase was mainly caused by significantly higher income as a result of increased oil and gas prices.

Total production reached 1,026 thousand barrels of oil equivalent per day (kboed), an increase of 38 kboed compared with the last year.

Gas production amounted to 101 million standard cubic metres (mill. scm) per day, an increase of three per cent compared with the same period last year. This increase was mainly caused by increased gas extraction on Troll and Oseberg, partially offset by the production stoppage on Snøhvit following the fire on Melkøya. The average realised gas price was NOK 4.78, compared with NOK 1.25 per scm last year.

Liquids production amounted to 388 kboed, 14 kboed higher than last year. The increase was caused by higher production capacity and accelerated production from Johan Sverdrup, as well as production from the Snorre Expansion Project. This increase was partially offset by natural production decline on several mature fields. The average realised oil price was USD 70, compared with USD 40 per barrel in 2020. However, the price increase in USD was somewhat offset by a bullish NOK, meaning that the achieved oil price measured in NOK was 603, compared with NOK 376 per barrel last year.

Petoro delivered a record-high NOK 113 billion in cash flow to the State from the SDFI portfolio in the first quarter of 2022. This is 87 billion higher than in the first quarter of 2021. The reason for this record-breaking result was good operations and exceptionally high product prices as a result of the war in Ukraine.
„Our results are the fruit of many years of hard work, but also the difficult position Europe is in due to the war in Ukraine,“ says Petoro CEO Kristin Kragseth. „As I’ve said before, this is not a good situation for a world that relies on energy. Now we’re in the midst of an energy crisis, but it’s still important that we don’t lose sight of the big picture and the road ahead. This is why I’m proud and happy to see that, for the first time, Petoro is publishing its own sustainability report, where one of the goals we’ve set is to cut CO2 emissions from our share of production by 55% by 2030.“

Russia’s invasion of Ukraine poses a challenge for Europe’s gas supply, it has contributed to extreme prices, and it has particularly raised awareness surrounding Norwegian gas exports. „The war has put security policy and security of supply squarely on the agenda. It matters where the energy is produced, and we’re now clearly seeing Norway’s significance as a safe and reliable supplier of energy for Europe,“ Kragseth says.

Gas exports from Norway have been stable and high throughout the first quarter. In mid-March, the Ministry of Petroleum and Energy increased the production permits for gas from the Oseberg, Troll and Heidrun fields. „The increased production permits will mean that the overall gas export capacity can be fully utilised through the summer as well, when exports are normally lower. Export capacity will also be bolstered when liquid gas (LNG) from the Snøhvit field can again be shipped to the markets via Melkøya, which will be starting up again on 17 May, following the fire in September 2020.“

Petoro’s mission to realise resources and create value from the portfolio is no less meaningful in the current context. „We work every day to help ensure that our record-breaking portfolio of ongoing projects lead to the best possible results. At the same time, we do what we can to extract more from the fields that are already in production. This secures the future energy supply for Europe and value creation for the Norwegian economy,“ Kragseth says.

Cutting emissions from the SDFI portfolio by 55%
Today, Petoro is publishing its first sustainability report. „As one of the largest players on the Norwegian shelf, we have a responsibility to highlight the significance of Petoro and the SDFI portfolio in a sustainability perspective,“ Kragseth says. „This is also underscored by the energy trilemma we’re currently facing; energy security, adapting to a sustainable future and energy that is accessible for everyone at an acceptable price.“

In light of both the reports from the Intergovernmental Panel on Climate Change, and the EU’s clear objective of a zero emission society, it is more important than ever to set clear and ambitious targets. Petoro will therefore work to reduce greenhouse gas emissions from the SDFI portfolio by 55% by 2030, compared with 2005. By 2050, the emissions must be near zero.

A number of steps must be implemented to achieve these targets. „Various electrification projects will contribute to most of the emission reductions,“ Kragseth says. „We’ll be making considerable investments in emission-reducing measures moving forward, which given the increased cost associated with CO2 emissions, will be profitable and important investments to reinforce the competitiveness of the SDFI portfolio. Hywind Tampen, which will partially electrify the Snorre and Gullfaks fields, is the first offshore wind project in the SDFI portfolio. Developing offshore wind in Norway is a major industrial opportunity for us as an energy nation. A further development of offshore wind on the Norwegian shelf will be sustainable value creation in practice,“ Kragseth says.

Net cash flow to the State from the SDFI as of the 1st quarter of 2022 totalled NOK 113 billion.
The increase was mainly caused by significantly higher income as a result of increased oil and gas prices.

Total production amounted to 1078 thousand barrels of oil equivalent per day (kboed), an increase of 32 kboed compared with the same period last year.

Gas production amounted to 112 million standard cubic metres (mill. scm) per day, an increase of eight per cent compared with the first quarter of last year. The increase was primarily caused by increased gas extraction on Gullfaks and Troll, as well as production from Martin Linge, which came on stream in the summer of 2021. The average realised gas price was NOK 10.22 per scm, compared with NOK 2.16 in the same period last year.

Liquids production totalled 377 kboed, a reduction of 17 kboed compared with the first quarter of 2022. The reduction was primarily caused by natural production decline on several mature fields, and was partly offset by production from Martin Linge, as well as improved recovery from the Vigdis field. The average realised oil price was USD 104, compared with USD 61 per barrel in the same period last year. The price increase in Norwegian kroner was bolstered by a weakened NOK exchange rate, and the achieved oil price was NOK 925, compared with NOK 518 per barrel in the same period last year. 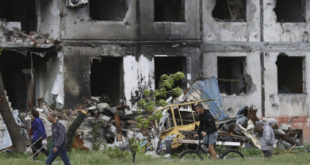 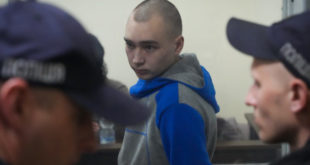 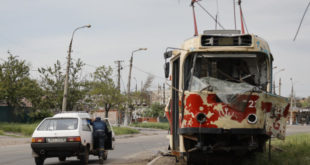 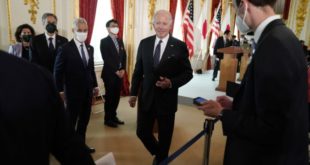